I’ve always hated stereotypes. Maybe because I never fit in during my childhood and adolescence. I’m not saying here I was a rebel or an outcast. On the contrary, those are usually the worst (and lamest) stereotypes you can find.

However, stereotypes follow us wherever we go. They are present in all cultures, societies, and countries. It’s impossible to escape from them. They are everywhere.

No thanks, I prefer Nina Simone, Radiohead, and Arvo Pärt. I dress like any other guy (I never wore D&G underwear, and my black tees cost 3 euros). And I like men, but I don’t like to be called “tía” (girl) or “maricón” (queer), not even by other gay or queer people. I am a man.

I am totally ok if you do, though. Nothing wrong with that, of course, but that’s not me.

That’s because I don’t want to become a cliché based on certain aspects of my life. Specially, those I can’t control.

Things such as where I was born, my sexual orientation, or the color of my skin, had an unavoidable influence on me, but they don’t define who I am. I didn’t choose any of those things, and even if I can’t escape them, I ultimately decided who I wanted to be. I don’t even think this process ever ends. We are constantly changing.

I think there is such a thing as a “personal culture“, which is a complex expression of all the internal and external influences we are subject to. Our culture (communal culture) plays an important role, of course, but so do our personal choices, friends, family, sexual orientation and identity, our school, and a thousand other things.

Culture And Art Belong To Us All

Cultural Appropriation is defined as the inappropriate or unacknowledged adoption of an element or elements of one culture or identity by members of another culture or identity. It’s a term used to demonize artists that dare to delve into cultural elements that are supposed to belong to a specific group of people.

Ok, there may be people who want to cash on some aspects of certain cultural or artistic movements. But the mere concept that a piece of art or a cultural expression belongs to a specific group of people based on a certain set of characteristics (like the color of your skin, or your sexual orientation) is one of the most ridiculous, and dangerous ideas I’ve ever heard.

It is ridiculous because, even though it may have its origins in a specific group or culture, nobody “owns” any specific type or form of music, art, dance, performance, painting, or any other artistic or cultural discipline. Art and culture are one of the few things that belongs to us all.

It is also dangerous because assuming that only a privileged (or unprivileged for that matter) group should be allowed to express themselves through the lens of that cultural or artistic elements not only is discriminatory and elitist, it could also prevent some amazing cultural piece, artistic form or expression, or artist from ever happening.

Take Elvis for example. I am not a big fan of his music, but I acknowledge it shaked the musical landscape of its time and paved the road for the Beatles, the Rolling Stones, and others, to give birth to pop music. The influence of black music on Presley’s music has been deemed as cultural appropriation by some, but fortunately also praised as a musical influence that helped these forms of music to become mainstream.

the black press proudly pointed out the critical influence of black blues, rhythm-and-blues and gospel music on Presley’s style – not to chastise him for cultural appropriation, but to applaud his impeccable taste at a time when black music was routinely denied mainstream radio and television airtime and often denigrated as immoral and barbaric 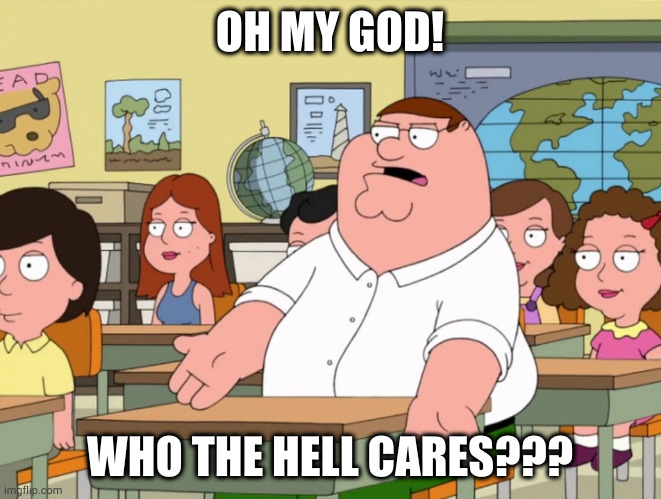 You Don’t Understand It

Ohhhhh, but I do. Being gay qualifies and entitles me to be offended, as part of a minority group, doesn’t it? 😁. In a recent article on CNN, Tom Hanks stated that today a straight actor wouldn’t be cast in that role, and “rightly so.”.

As a gay man, I’ve never heard a more stupid statement. Mr. Hanks, I don’t honestly care if you are straight, homo, bi, or a space crab, as long as your depiction of a gay man is respectful, informed, and believable. Isn’t it what acting is all about? Pretending to be someone you are not? Why should I care about you playing the role of a gay man, and not a disabled person, lawyer, or space astronaut?

I not only loved Philadelphia, but also love watching Modern Family, where a gay couple is played by Jesse Tyler Ferguson (who is gay) and Eric Allen Stonestreet (who is not). Ok, so this guy is playing a gay character and he’s straight, so what? No-bo-dy cares. Can we stop the eye rolling please?

Seriously, stop it. Culture and art are just some of the very few things we all share as human beings. Art and Culture are borderless and free. They are not constrained by any of your stupid dogmas, and they don’t care which country, ethnicity, society, or minority group thinks they “own” them.

In times when we are becoming more polarized, exclusive, and divisive, I just wanted to make a statement to defend one of the few things we all have in common. Cultural Appropriation is just another way of trying to prevent us from enjoying, celebrating, and participating in something that belongs to mankind. And I am not OK with that.