Facebook is certainly hitting the headlines these days. The huge data leak, its role in the results of the recent US elections, the increasing privacy concerns of its users… It all sums up to a strong feeling of discontent among once devoted fans. However, we can’t blame Facebook alone. In this post, I want to reflect on the internet we are building, and propose a debate about its future.

I think we can’t postpone this discussion anymore, specially us, authors and content publishers.

The hashtag #deleteFacebook is spreading like wildfire on social media these days. Even Tesla’s influencing CEO, Elon Musk, removed the Facebook accounts for Tesla and SpaceX recently after a Twitter request.

I didn’t realize there was one. Will do.

The scandal of Cambridge Analytica hit where it hurts most for Americans: their democracy. The leaked data from more than 50 million accounts allegedly influenced the US elections and has triggered a veritable tsunami against Facebook.

And it’s growing: fake news, post truth, political manoeuvres in the dark… For the first time, a lot of people have begun to wonder if Facebook has more influence in their lives than they are willing to admit.

You Are A Product

Everybody tracked, everybody focused, won’t you follow me around? — Lali Puna, Deep Dream.

I don’t think we can honestly be surprised by what’s happening with Facebook. For years now, we’ve been giving away our privacy to social media platforms for free.

When I talked about why you should be quitting social media, I focused purely on the time wasting aspect, and how these social networks kill our ability to focus and do deep work.

However, it’s how our data is collected, used to profile us and ultimately sold to advertising companies what should worry us more. We had gladly handed out our lives to these companies with the excuse of being connected with each other.

Even though privacy is usually not a concern for most people, an awakening process seems to be gaining traction among the general public. We are becoming more wary about who owns our data, and what they are doing with it.

As a result, I foresee a paradigm shift in the world of social media. The social communities of the future will probably ask for a monthly fee instead of collecting our data to serve us ads.

While that seems like an impossible scenario today, if you think about it, it makes perfect sense. I don’t use social media but, if I found a social media platform that added value to my life, instead of using me as a product, I would gladly pay a small amount every month to use it.

That paradigm shift is interesting because, instead of collecting social network accounts “just because you need to be there”, people will probably use just one social network. The one that adds something worthwhile to their lives. 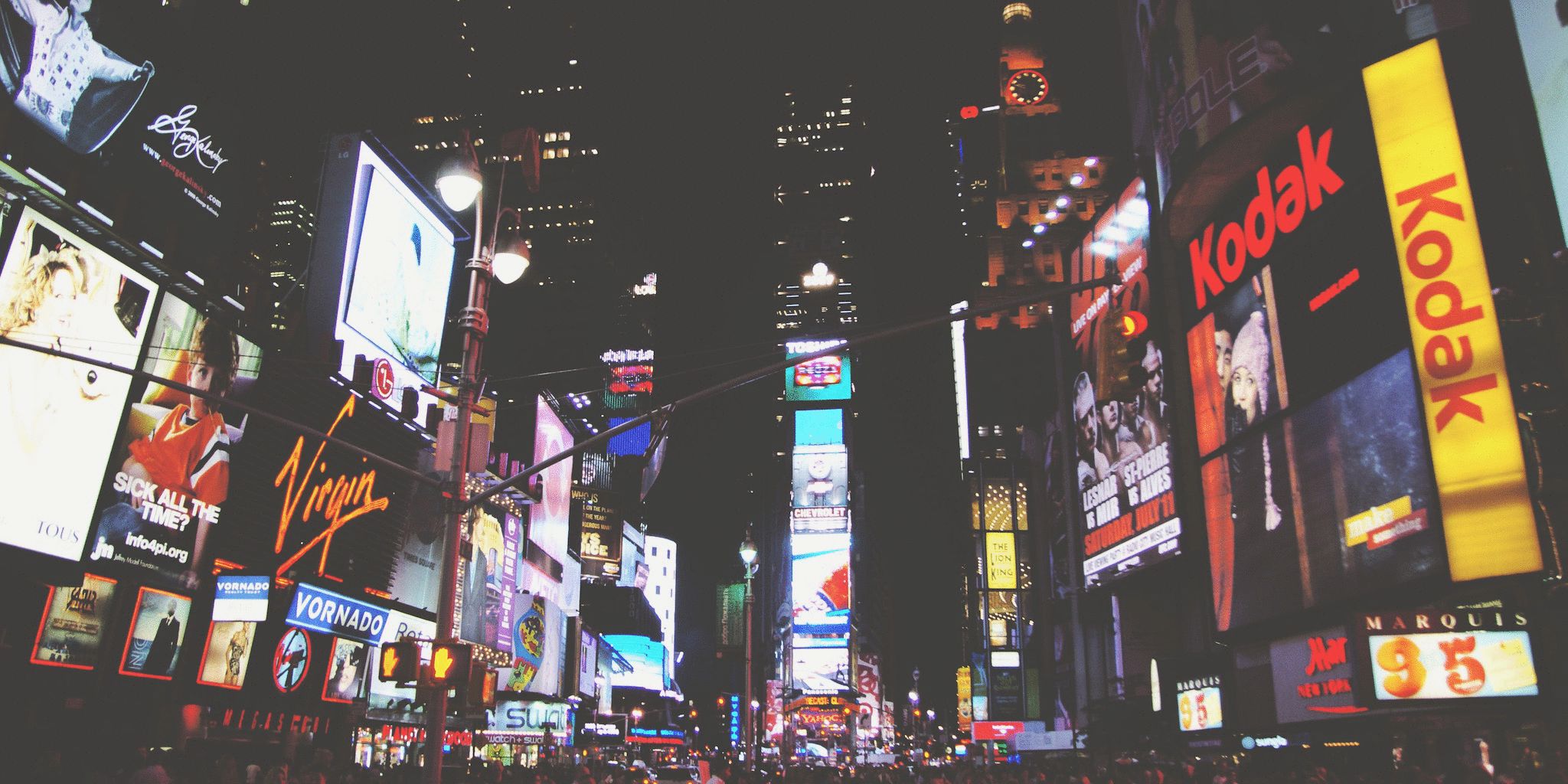 True Blogging And Journalism Are Dead

Did you know that, apart from the headlines, most news you read at any online newspaper are just creatively written ads? There are places where you pay to make your content appear on multiple newspapers. It’s a generalized practice.

I have talked before about SEO, and how it influences our writing to the point of defining the structure of our posts, the length of sentences and even the words we choose. However, that’s just the tip of the iceberg.

Recently I read an article about content strategy for bloggers that was quite disheartening. According to it, a blog should be nothing more than a sequence of well-crafted posts with one goal: make you buy something. There is a sequence of posts, in a concrete order, you should write to transform your visitors from readers to customers.

Now, I understand blogging as a lifestyle and a job. If you spend time and effort on you blog, you want to monetize it. Given that I would love to live out of my blog sometime in the future, it would be hypocritical to affirm the contrary.

Nonetheless, when I am reading a blog, I can still immediately feel the difference between someone who writes this planned sequence of posts to entice you into buying something, and someone who actually loves writing and has truly interesting things to say. Things that don’t necessarily point you towards the product, book or service the writer offers.

It’s becoming harder to find this last type of blogs lately. There seems to be a formula, and everybody’s sticking to it. As a result, internet is becoming a flatter, less diverse, less genuine place. Knowing that everything you read has a commercial purpose makes it a lot less interesting for me. This the internet we are building.

The Race To The Bottom

Recently, (in)famous vlogger Logan Paul raised quite a controversy online. He had the bright idea of going to the Aokigahara forest (青木ヶ原) -a notorious suicide spot near mount Fuji in Japan- and joking with some friends about a dead body.

Obviously, there was an outrage online. Logan Paul received a lot of criticism. Youtube removed the video and, eventually, removed him from YouTube’s premium advertisement lineup, Google Preferred, and YouTubeRed. So the system works, right? Except…

Except, before YouTube removed the video, it received millions of views. Also, Mr. Paul still has its YouTube account, he is allowed to monetize through it, and still earns a humongous amount of money.

This is a little example of how low we all are willing to go. In his TED talk: “How a handful of tech companies control billions of minds every day“, Tristan Harris brilliantly describes:

“… the internet is not evolving at random. The reason it feels like it’s sucking us in the way it is is because of this race for attention. We know where this is going. Technology is not neutral, and it becomes this race to the bottom of the brain stem of who can go lower to get it.”

This race to the bottom is everywhere, and comprises a series of psychological techniques to keep you engaged and -let’s be honest here- addicted to the platform. From infinite scrolling and Youtube’s autoplay feature to the notifications you receive from Facebook when you have not been using it in a while. From Snapstreaks to the carefully chosen clickbait tweets that Twitter embeds in your timeline.

This Is The Internet We Are Building

There used to be a battle between those who want a free, independent internet, and those who push for a more commercial version of the net. Unfortunately, that uneasy duel is slowly but steadily shifting towards the latter.

There were voices raising against the big tech giants and the omnipotent advertisement companies. Voices like Aaron Swartz. Unfortunately, during the last decade, those voices had dwindled considerably. Nonetheless, the Facebook issue seems to have started a movement, and I really hope it will make things change.

We need to find a balance between the legitimate use of internet as a way of promoting our services, and our right to enjoy an open, free and transparent global network.

Internet has shaped our society in such a way, that we can no longer imagine our lives without it. We meet new friends there, communicate with them and share our lives with them. We shop, read, listen to music, play and even have sex online. It’s time we consider the motivations behind the internet we are building, and if that’s what we want it to become.

Yes, Facebook has apologized publicly, and has implemented some patches to its algorithm and policies here and there. However, that’s more playing to the gallery than anything else. The problem is still there: the business model that drives these companies, and the fact that we are the product. It’s our data that’s still being sold to advertisers. We need to change that. 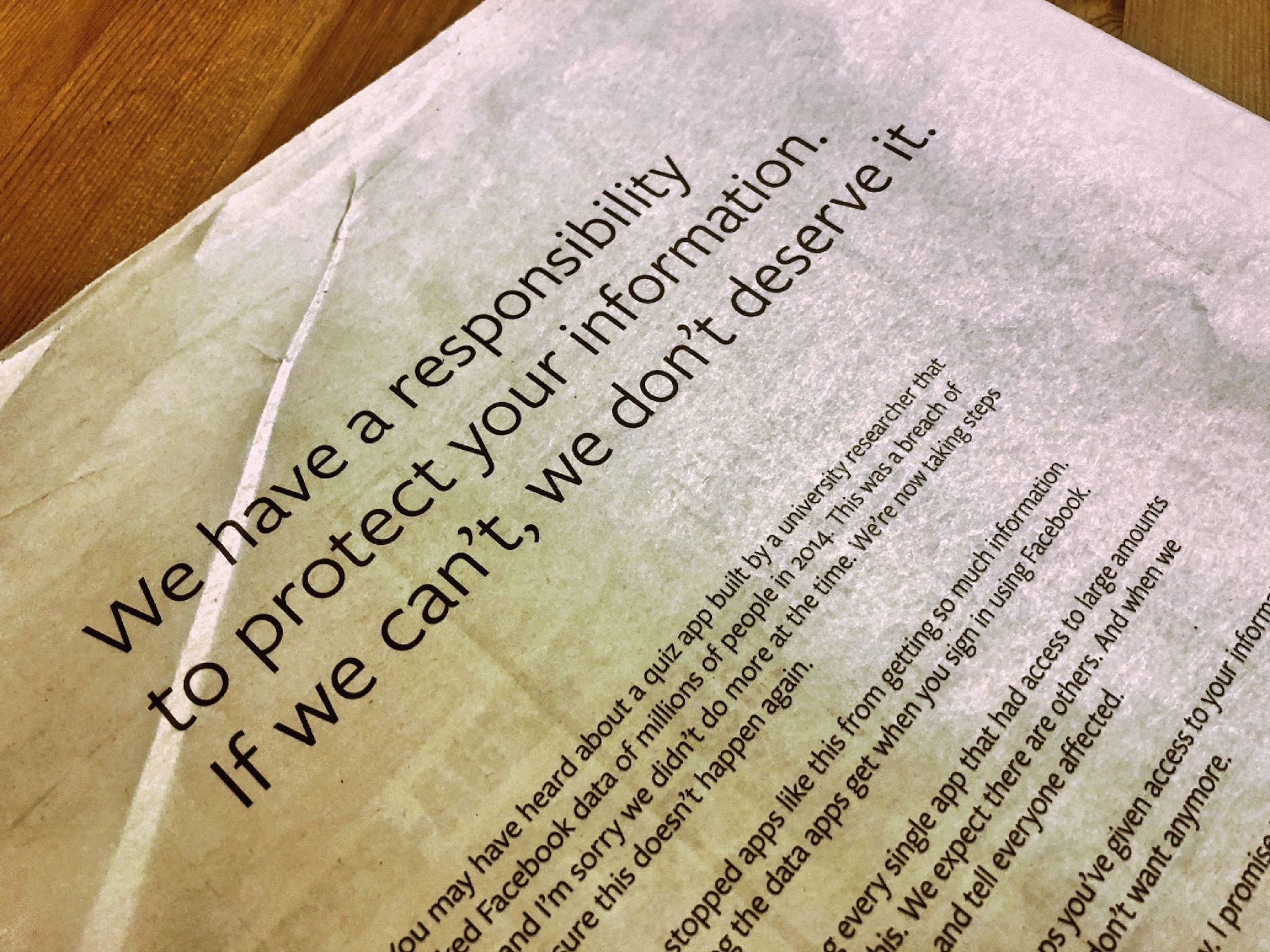 What We Can Do

If we truly want to change things, we need to start taking action. First and foremost, we need to have an open, honest debate about the internet of the future. Both of us, users and content publishers. What we want it to be, and how we want it to be. We can’t let this decision in the hands of big tech and advertisement companies.

What You Can Do As A User

If you are a Facebook user, delete your Facebook account. Now. Yes, you might be reading this with a look of incredulity on your face. I mean it. You still have lots of other social media accounts and chat apps to communicate with your friends. If someone like Elon Musk can delete the Facebook accounts for his companies, then you can too… maybe it will even make you look cooler, so you have an excuse

Facebook makes money by selling your data to advertisement companies. If suddenly its users run away, and advertisers stop investing money there, Facebook will be forced to make changes, or disappear. In any case, the rest of the social networks will take the hint.

Then, maybe after the drug withdrawal, you’ll discover that Facebook was not that important in your life after all. You can still hang out with your friends, and your life is the same -probably better- without those lame cat videos. Did you know that we communicated with friends before Facebook existed? We used the phone, chats and messaging apps… you are not going to become a social pariah.

Maybe it’s time to evaluate the internet we are building for us too, content publishers. We have a direct responsibility on what’s happening. Why? Because we are the ones that publish the content that nourish these tech giants. We are playing their game, and we must be aware of it.

I think we all need to ask ourselves if what we do is improving the lives of others, and if we are doing the internet a better place for everybody… or we just want them to buy our product, contract our services or subscribe to our newsletter. There’s nothing wrong with monetizing your hard work, but we have to conduct our businesses in an ethical manner. Because every little drop we publish shapes this huge ocean of information that our children will inherit.

In this article, I wanted to propose an open debate about the internet we are building, and its future. The latest Facebook scandals have triggered a series of questions about who’s been shaping the most important knowledge and communication channel of our time.

We have listened to the big tech companies for quite a long time. It’s now time to listen to other voices: users, academics, writers and independent content publishers, universities, NGOs, open source initiatives, you an I… we all need to have a say in this. Internet is arguably the most significant achievement of mankind. We cannot let Facebook, Google and Amazon decide about its future without a fight.