The Daily Stoic for May 4th. “What’s Truly Impressive”.

“How much better is it to be known for doing well by many than for living extravagantly? How much more worthy than spending on sticks and stones is it to spend on people?”
—MUSONIUS RUFUS, LECTURES, 19.91.26–28

I don’t own a TV. Not only that, I don’t have a TV in the apartment where I live, and don’t want one either. If you switch on yours, and stop to analyze what it has to offer with a critical eye, it’s not hard to see why.

Probably in your country it might be different, but the Spanish television is plagued with gossip programmes and reality shows where celebrities shout at each other about the most stupid things. Mind-numbing.

How do you get famous and stand out on any of those platforms? Certainly not by making a contribution to humanity. As much as I would like to believe that, nothing has changed since the old Rome. We still idolize monkeys doing stupid things or spending money in extravagant ways. 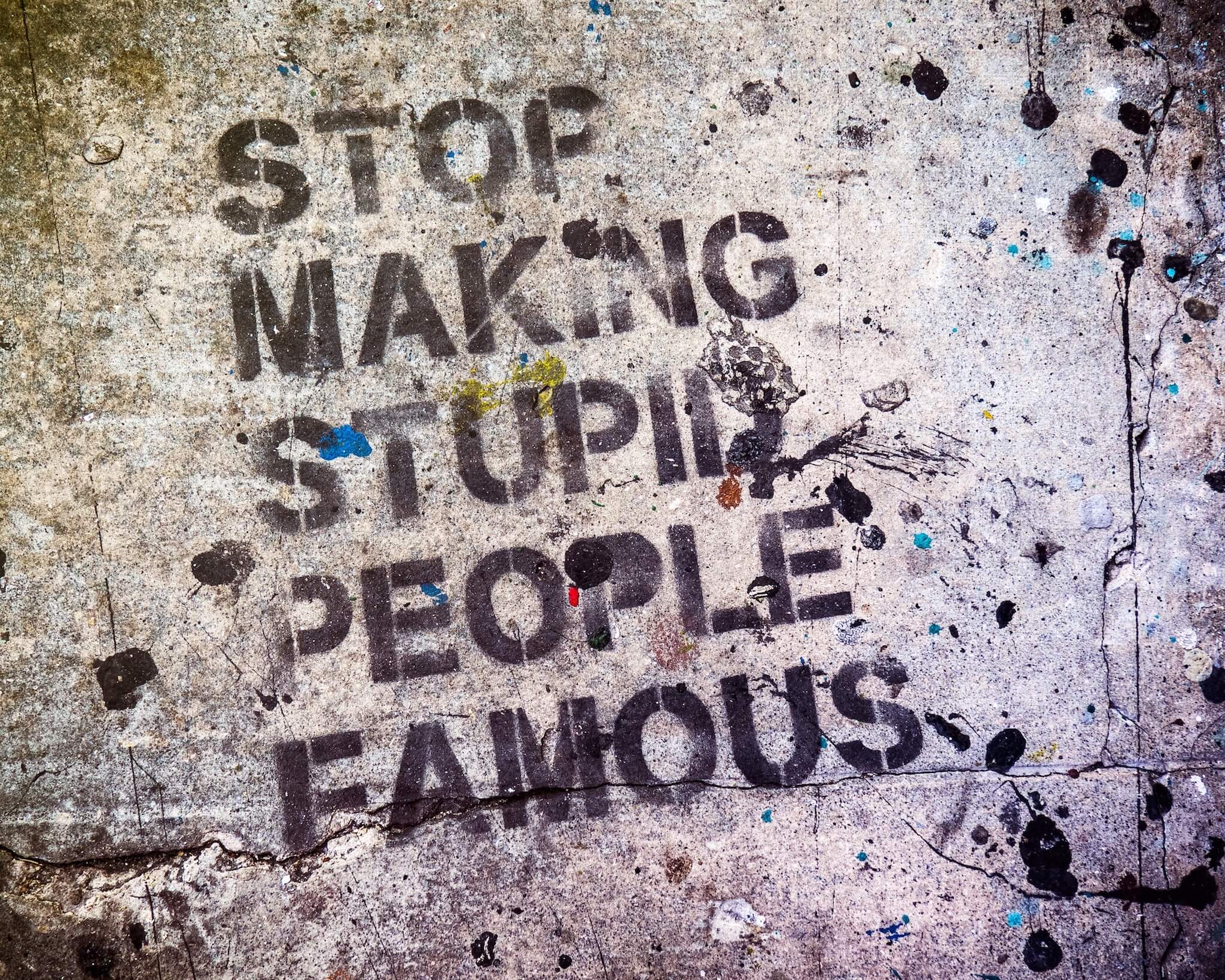 So why is that? I am not sure. There has to be something about that part of human nature that still reflects our animal origins. Instead of revering amazing minds or people who have done great things for mankind, we tend to worship people with money and power.

And probably it is. You just have to have a look at the devotion our society feels for celebrities. How many people mourned Stephen Hawking? Probably not even 1% of the people who mourned Kurt Cobain or Michael Jackson. Nothing wrong with them, or with mourning anyone else, of course, this is not a “mourning competition”, and nobody “deserves” to be mourned more than others… I’m just emphasizing a fact here.

As I have stated before, I don’t truly believe in heroes or role models. I think everybody has the right to reverence or follow in the footsteps of whoever they feel like. In today’s world, no cause is completely altruist, and nobody is completely selfless. Who am I to judge the person you idolize?

And I think that’s truly stoic, in a way. What’s truly impressive in my view is what I achieve with my own sweat and tears, and that’s all on me.

Today’s Daily Stoic, “What’s truly impressive”, stresses an obvious fact: humans are attracted to money and power. We idolize monkeys spending money instead of scientists or people who have worked to do great things for mankind. I think that’s so inherently human, that discussing it is pointless. It may sound elitist, but that’s not going to change. Accepting that truth is actually very stoic in my mind.